Am I the only one who is curious about when the PC editor will be developed and announced?

I would imagine everyone is curious but we won’t get a specific date until it’s ready.

PC /Mac editor would be amazing, For those of us who have our QC integrated into a pedal board this would be helpful

I hope to know the date.

I totally agree with that.

Agreed. it was promised right after the release and it’s now been 6 months …

Some word from Doug on the status of the Editor is needed because the natives are getting restless. I know cause I’m one of um…

No, I don’t work for NDSP and can only go on what they have indicated unfortunately. The last official up from their NDSP site:

We are making fantastic progress with CorOS and development on Cortex Cloud. We previously intended to release CorOS 1.0.4 to bring the Delay & Reverb optimizations and auto-engage feature forward while we continued to work on CorOS 1.1.0; the version for which they were originally planned.

As 1.1.0 has progressed quicker than we anticipated, we have decided to not make version 1.0.4 and we’ll instead release 1.1.0 in its place. Beta testing for 1.1.0 has already begun, and we expect it to be available within the next couple of weeks.

CorOS 1.0.3 was released on May 31st and included Multi-Out as well as a handful of bug fixes. We also just released Cortex Mobile 1.1, which most notably includes new sharing functionality to allow you to link to Profiles/Presets/Captures from outside of the app.

CorOS 1.1.0 is our biggest release so far, and fixes and changes a lot of items in the background that will improve system performance and edge-case issues. It also includes the Delay & Reverb optimizations, as well as expression pedal auto-engage, a new Flanger, and several user experience improvements that we will detail in the changelog.

The Plate Reverb, Shimmer, Pitch Shifter/Harmonizer, Freeze, and the new amps are still being developed and will be made available after 1.1.0. Furthermore, the planned increase of Capture & IR storage capacity will likely be introduced in version 1.1.1, which will follow soon after 1.1.0.

Preset & Capture Bundling when sharing, and the improved File Manager & Metadata will proceed alongside some big changes to Cortex Cloud. We’ll share more information about this soon.

We have shipped over 5,000 units now, and Quad Cortex recently landed in Japan! If you are still waiting to receive a Quad Cortex you have pre-ordered from a dealer, thank you for your continued patience. Our manufacturing team continues to work tirelessly to get all units delivered as quickly as possible.

Hi there people, I’m a newbe to the forum, by the way

I myself would be very satisfied with a desktop app and transferring it to the QC, Archetype-like would be useful, so I don’t have to plugin the CQ when I’m recording. What I also would like to see is the possibility to integrate my purchased Archetype plugins and transferring it, including all IR’s to my QC (also my own presets). Of course the NSDP team has to program it in a way that it’s licensed, because illegal transfers to the cloud could be avoided, that’s a point to consider for the NDSP team (I’ve been working in the IT for 22 years, not anymore, though).

I pre-ordered the Quad Cortex and was really hyped for it.

I know it’s just complaining, but I literally forgot the name of the product and had to go look in the rack to search and see if an editor was available now.

I don’t have a lot of use for it if I cant edit the parameters from my PC while its in the rack. Maybe I’m entitled or something but that’s just my workflow. I have racks of equipment like the axefx 3, kemper, preamps, etc, and like 15 synths and I control all of them from my workstation via midi or editors. I do like the way it sounded last time I used it, but I don’t really want to mess around with the panel all the time. Like I am fine tuning a sound, I need to be able to control the transports etc which I cant do from 20 ft away in my rack.

It is confirmed coming, we just don’t know when (likely not this upcoming release though)

I can’t wait for the Windows editor to be released. I’m just so used to using the Fractal and Kemper editors when recording.

I’m a new happy QC owner and I must say that when I first read about the QC and I realised that there was no MAC/PC editor I decided to not by this as I’m so used to do all editing on a computer. I’m coming from Line 6 and Atomic Amplifire BUT I’ve been looking for something new for a long time and the fullsize Helix was just too big for me so I finally just bought a QC and I must say it’s pretty easy to edit without a MAC/PC editor. The UI is actually really nice in my opinion but it would be very nice with an editor that’s for sure

I exchange some messages with Neural, as they were commenting on some of my videos. They said that the pc/Mac app would require them to design and code it from scratch…therefore they have to spend a lot of effort on it. For me it is a pretty important feature…but maybe they think that it is not worth to spend the money, as the unit is touch sensitive.

So the question is,will we ever get the desktop editor? personally I didn’t like Neural’s answer…

Desktop editor is being worked on. We all know this. 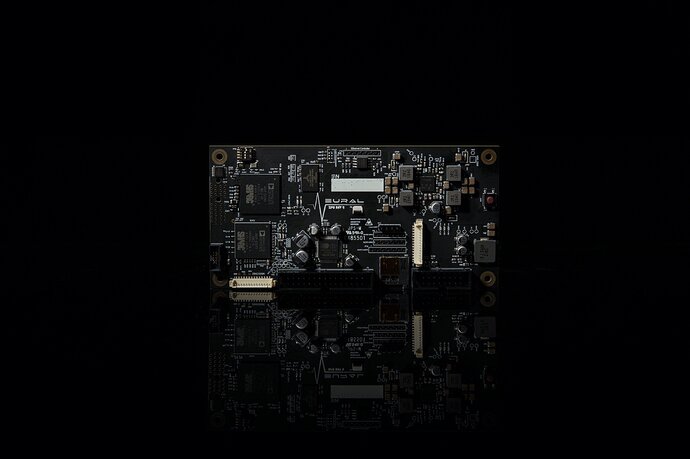 We all know this ??? If you’re so smart tell me when they’re expecting to release it?

Edited because I know it won’t do a bit of difference.

I get that you’re frustrated that the desktop editor has not been released yet. But making a post that has the potential to start a rumor mill (GASP! Did you hear? Neural might NOT be working on it after all!) is not helpful to this community. No, I don’t know when it will happen, but I trust that it will.

I just published a post that Leo Gibson posted on his youtube channel regarding his conversation with Neural, about the editor, and by the way as you told me we are on A PUBLIC FORUM, on this I wish you have a wonderful day…

[quote=“yngwie1993, post:20, topic:5687”]
I just published a post that Leo Gibson posted on his youtube channel regarding his conversation with Neural, about the editor, and by the way as you told me we are on A PUBLIC FORUM, on this I wish you have a wonderful day…

So the question is,will we ever get the desktop editor? personally I didn’t like Neural’s answer…