I know Neural is a little new on the game but I would like to see in the near future an option of an advance capture like the toneX from IK, knowing how powerful the DSP is in the QC I’m sure it can handle it.

this would be really neat - some of use have no issue with waiting hours to capture. Though I think it’s unlikely as NDSP seems to be happy enough (and mostly, so am I) with the current results.

I think all captures in QC are advanced, hardware no issue, with Tonex you may wait 8 hours for advanced, i got a new pc, brought it back to 17 min for advanced, 4 min in QC is a breeze in that respect, i wished QC had a better calibrating tool though, it is a hit/miss when it comes to volume and getting the optimal result, setting the level with a guitar is too generic, you got single coils, humbuckers that scream, soft clean tones is another issue i.m.o., maybe the dynamic range is so high that it cuts volume in order to accommodate that range, just guessing, maybe someone can explain

not quite sure what you’re asking there. The capture quality could be improved though - but it’s not really necessary. I’d much rather see them implement multi-capture knobs first though

it doesn’t make sense. Captures don’t have internal controllable parameters - you’d literally just be stacking effects on the capture like a compressor. There is no model to “adjust” with parameters like there is with kemper. The result is what the ML model has learned and that’s all there is to it - no way to fine tune.

Guess thats what I’m sayin. I like the extra parameters in the kemper amp section and i think it would be great to have some things like that apart from and/or in addition to this idea of advanced capture proposal.

Kinda like your multi capture knobs maybe? What do you mean by that by the way? Lol

I mean either something as complex as doing multiple-setting captures where the model is a composite of those like the plugins (maybe unlikely due to high technical requirements and training time), or alternatively just having a way to group multiple single captures such that they can be selected from the interface of one capture and perhaps volume normalized or something. That’s much more realistic.

And what I was saying is that the kemper is fundamentally different - the QC captures are more accurate but it’s completely black box. There are no parameters, and it doesn’t make sense that you would be able to “add” them because there’s nothing to add them to. The ML model produces output based on what it’s learned, without any physical real world equivalent process. There’s no processing like preamp/poweramp sections or dynamics control or internal pieces governing the sound - just an amorphous in → out process. The EQ there now is just post EQ, and the gain is just input level

Ahhhhhh ok i see where your coming from now I think. Composite grouping of sorts perhaps would be the move maybe.
I’m still wondering when or if someone will eventually have an option for the basic snapshot process and style of a static profile or capture AND some kind of process that involves turning the knobs back and forth on the target devices as part of an interactive style of learning.
I think i may have put it into words better somewhere else but basically a hybrid between a model and capture/profile that can be constructed with a machine learning and refinement process along with being able to do things like program in bright, fat, gain toggles and cut switches. But I’m probably day dreaming because i can’t sleep, again. Chairs

The element missing from this discussion, I think, is a fundamental understanding of machine learning and the fact that when ToneX is doing its capture process it is almost 100% reliant on the GPU and not the CPU, which makes sense when you consider it takes around 30 minutes to do an advanced capture with an Nvidia card and 5-6 hours for an advanced capture on a simlarly spec’d Radeon card - and Neural/Fractal/Kemper are not going to pack a $600+ retail NVidia card in their units to be able to do this.

Certainly Neural and Kemper have different machine learning algorithms that produce a model of similar quality, but IK has an advantage that they’re using the same machine-learning hardware as high end crypto mining rigs.

The element missing from this discussion, I think, is a fundamental understanding of machine learning and the fact that when ToneX is doing its capture process it is almost 100% reliant on the GPU and not the CPU, which makes sense when you consider it takes around 30 minutes to do an advanced capture with an Nvidia card and 5-6 hours for an advanced capture on a simlarly spec’d Radeon card - and Neural/Fractal/Kemper are not going to pack a $600+ retail NVidia card in their units to be able to do this.

Certainly Neural and Kemper have different machine learning algorithms that produce a model of similar quality, but IK has an advantage that they’re using the same machine-learning hardware as high end crypto mining rigs.

Just curious, do you know the reason for the difference between the execution times on the Radeon and NVidia cards? You say they are “similarly spec’d”.

Not sure of the significance of a GPU here either. Aren’t we concerned with CPU/DSP performance for capture rather than GPU (intended for graphics processing)? Is IK leveraging a “GPU” for sound capture?

Thanks for pointing me in the right direction. Had not been aware that chipmakers like NVIDIA had started enhancing their GPUs and chipsets for accelerated machine learning. The link you provided never really mentioned GPUs specifically, but it did put me on the right track.

Found this link which provided more information directly from NVIDIA. 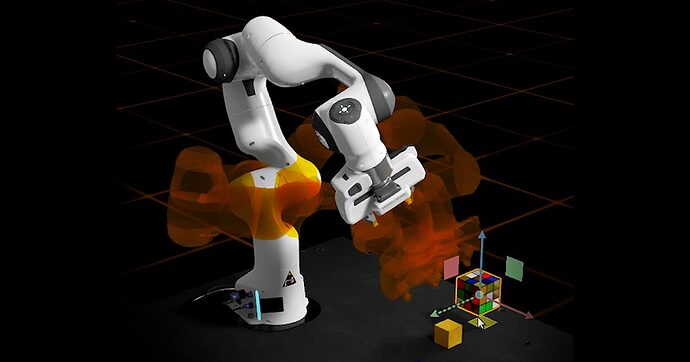 With Accelerated Data Science, businesses can iterate on and productionize solutions faster than ever before

Fascinating to see some of the graphics chip makers like NVIDIA getting into developing chips that accelerate machine learning and somewhat surprisingly, at least to me, leveraging GPUs to do it. Additionally, the enhanced GPUs, at least currently, appear to be much more efficient and faster at these machine learning tasks than solely using the CPU. Wonder if this will change with newer CPU generations?

Perhaps @johnddouglass was referring to the fact that NVIDIA graphics cards have already started to incorporate some of this new functionality into their chipsets/GPUs where Radeon has not (yet?).

I am by no means an expert, if i check what is happening hardware wise, videocard itself 3 to 4%, gpu memory takes it all 12 GB, about 1/3 of memory out of 32 GB, processor doing 10%, advanced takes about 17 minutes, in the past that would be 8 hours, i guess when we have quantum computers we may be able to turn the knobs like it is the real amp, there is this guy who wrote a code, except for trying 2 models i have not tried to capture with it, but these developments are very interesting
GitHub - sdatkinson/neural-amp-modeler: Neural network emulator for guitar amplifiers.

His project is amazing - I’ve worked with it a bunch. Captures are more accurate than both QC and toneX, most of the time. There are some really neat things happening there too - keep watch!

So how long does it take to have an amp processed?

Haven’t spent any real time on that site yet but it looks like there is a code repository you can clone by downloading and run locally for capture, if you have the hardware resources (or the patience if you don’t). There also appears to be the ability to upload and use their server resources online for capture, instructions are on the site. Using the site seems to involve either a free tier with limited hardware resources or a paid one with more.

This is genuinely exciting stuff - the beginnings of open-source, or for now at least free code, for amp capture. Don’t know if it works on pedals. I hope the industry stays focused on standardizing capture formats, as well as dedicating the hardware resources onboard the modeler to process them, as they get more sophisticated and accurate. There is going to be an incredible wealth of captures available on the web in the future, already are, but their quality and precision is increasing exponentially. Will be magnificent if the modeling devices on the market that have capture capability allow them to be imported with a standardized format.

Steve’s take on it is pretty accurate; dare I say more accurate than QC, ToneX or Kemper. It’s still not there just yet (I’ve been struggling getting close to his ideal 0.01 ESR with a Amp → Suhr Reactive Load capture) but it’s the closest I’ve gotten thus far on a direct (no cab) hi-gain capture of my tube amp (Ceriatone Molecular 50).
All you need to do is:

I hope Neural stay engaged in enhancing the Neural Capture accuracy. I like the QC for its ease of use & flexibility.