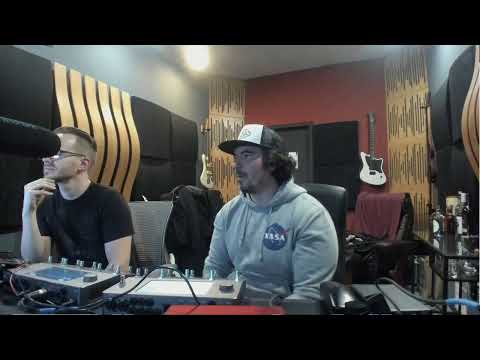 Some images of the device have been updated on the site, now we know where the power button is, but at this place there was a pretty beautiful company logo, maybe it should be returned? Let the device turn on by touching the logo “Neural”, this will be very symbolic.
A new output has also appeared, if you are still at the stage when you can make such changes, maybe you can still build in the device mini-jack Aux?

Another feature that occurred to me is block-level presets or user-defined defaults per model. The intent is to streamline preset creation by allowing me to quickly set up blocks with my preferred settings. That would enable me to assemble presets without having to adjust settings on the various blocks.

The same result could be accomplished by copying/pasting a block from one preset to another but that’s a much more clunky workflow with significant possibility of lost edits as you switch between presets.

I’m a saxophone player.
I’m relieved to be able to preorder.
I’ve been using HELIX, and recently HELIX finally has a microphone level indicator. Please implement it in QC as well.

Here is a new batch of ideas

In preset mode, one of the foot switches is always free - the current preset switch. It can be used for different purposes, for example, to switch between scene 1 and 2, or as a stomp switch, or for any other function of user choice. It’s also great for scene mode.

In addition to the usual commands for changing presets, scenes, turning on / off effects, and changing various parameters, a few specific actions would be extremely useful and in demand:

and those that I mentioned earlier

One of the functions that would be extremely useful on such a device is an audio file player in order to abandon the computer for playing a backing track. The internal memory of the device, even if it is roomy enough, is too expensive and its wear should be avoided, and the port for flash drives or memory cards is not provided in the device. But there is a Wi-Fi module and this opens up the possibility of streaming from mobile devices, and the possibility of expanding memory at their expense. Think about this solution. You can embed a DLNA client in the device, and the server will be a smartphone operating in the access point mode. Or you can supplement the QC management mobile application with the function of streaming from the user’s audio library, this will free users from the need to configure DLNA and install unnecessary applications. To some extent, this compensates for the lack of AUX, which some users use to play music from their phone.

The volume of all presets sometimes requires adjustment

After reducing all presets to the same volume and output level optimal for recording (I set about -12 dba), sometimes I still encounter the backing track playing louder or quieter than my presets. In the first case, when the backing track is loud, everything is simple - enough just turn down the volume of the track. In the second case it’s more difficult, the phonogram can be so quiet that even at maximum volume it will be drowned out by a guitar. In this case I need to turn down the volume of the presets, but I would like to do it all at once, then quickly return to the usual level again by turning one knob. And since in my case QC is the main sound card, I can’t do it with its physical volume knob, it will also decrease the volume of the phonogram. Therefore, the global effects section should be supplemented with the ability to adjust the volume of each stereo path and all stereo path at once. It is useful on this page to place and adjust the volume of sound from the computer, thus realizing a virtual mixer at the convergence point of all sounds.

To date, no processor seems to offer this feature. It would seem a trifle, but a deep knowledge of the native language allows musicians to give more informative names to presets

An Accoustic Simulator for electric guitars like Kemper has it released today would be great!

I am not sure if it would even be feasible, but instead of the expression pedal inputs on the front, how about a jack on the side of the pedal, that can directly attach an expression pedal to it and hold it there firmly, sort of like a permanent extension to the pedal (perhaps the ability to join two expression pedals together as well). And maybe neural could design a special expression pedal fit for the size of the quad cortex.
Again, don’t know if it’d be feasible or not, but would be helpful.

The possibility to load external VST plug in.
to Be a VST Host.

This is practically unrealizable. VST plug-ins are designed to work in Windows or MacOS environments. And although QC works on Linux (presumably), and Linux has some support for VST, this is not enough, because the VST ecosystem in Linux is still very raw and, moreover, moves in two ways. The first is the VST natively compiled for Linux, these plugins would work well on QC, but there are extremely few of them and there is little interesting among them, a dozen reverbs, filters, and another trifle. The most interesting plugins - GuitarRig, Helix Native, Kontakt and thousands of others we are used to, do not have a version for Linux and they use the second way, launching versions for Windows through Wine. They work pretty lousy, many do not work at all. The situation is also complicated by increased requirements for processor power.
In general, the dream of VST hardware acceleration is still a dream, and indeed it should come true in a slightly different way: hardware effects developers such as Line6, Boss, UniversalAudio or Neural DSP should provide an open API for their hardware, then programmers from all over the world will be able to write various plug-ins and even adapt ready-made VSTs. So far, none of them dared to repeat the feat of IBM and push the progress for decades.

Has anyone mentioned a multiband compressor yet? I’d like to be able to do the Andy Sneap thing.

I think I saw someone else mention an Enzo-like synth. I 2nd that, along with any other weird glitchy kinda’ things.

Syncing time based effects (including reverb pre-delay) to not subdivisions at tempo would be killer… might already be how things are planned to go?

I think the amp list is very thorough, more than enough to dial in just about anything, but if we’re playing that game…

Tossing this out as another idea… not sure if anyone else would find this useful, but it’s a trick I sometimes use with an AxeFX…

The idea is a variable EQ. Depending on what you play (or sometimes how you play using dynamics), you get two or more EQ filters engaged at varying levels. Might make more sense if I describe how I set it up…

Start with 2 EQs in parallel, say one is set for more presence & bite, the other to shelve off highs (or whatever you want). Before both, I run volume blocks tied to pitch as a controller. Pitch goes up, so does one of my EQ outputs, while the other goes down (could be linear, but I’ve had better results trying to dial in a log scale).

There are other ways to skin this cat. This is just one example. Anyhow, I think it’d be extremely convenient to have this as an EQ type option. Plus, it’s kinda’ unique and you can get some wild results from it.

Allow users to rename models, effects, and other units. I am sure that most users want to see Gibson EH-185 or Bogner Uberschall on the list instead of Gibtone 185 and BomberUber. Many probably would like to add their own mark in the name like “boring”, “power!”, “higain". Since copywriters in their madness go to extremes, Let them try to demand something from end users of the product. In war all means are good.

You promise an endless release of new effects, and that’s great, but sometimes it’s hard to find anything on an endless list. In almost all the processors that I had, I used 2-3 amplifiers, and it was always tiring to look for them in a huge list. When I saw a guy looking for the needed impulse in a list of two thousand on the Axe, my heart was filled with pain. Add the concept of “favorites” and “hidden” units. “Favorites” should be placed at the top of the list, and “hidden” should be hidden, there should also be an easily accessible button that will allow you to display all the positions that are hidden at the moment, if the user suddenly wants to dig into them. Perhaps it makes sense to introduce a 5-star rating ranking list, but it seems to me that 3 categories are quite enough.

I agree that would be a really nice feature!

I wish there were some new videos

Even though it’s been a few months, I’m still curious to see how things pan out for how, or if, Kemper profiles crossover to the Neural QC. Time will tell, I guess.

If QC “Captures” the sound of the amps better then the Kemper profiles them, then it would make more sense to actually start new and “Capture” directly from the amps, ( if you own the amps) there is what I intend to do, and of course vendors of profiles might do the same, if the “Capture” feature is superior.
If I was selling Kemper profiles, I’d probably offer a version of all my profiles to my clients who buy QC, for a reasonable price, and also Capture the amps again for QC users at a possibly better quality and obviously charge a fair price for that.

Protective matte film on the screen.

Maybe you should include a protective matte film in the package? In fact, not even to protect the screen, but to reduce fingerprint problems, they are just terrible on glossy screens. Also, the matte screen is not subject to glare and I think most users will prefer it, after all, this is not a TV or a tablet. Of course, it is possible to buy and independently cut a film of a suitable size, but a native one, perfectly fitted, and even glued by the manufacturer exactly without bubbles, will be preferable. and 2-3 in reserve, their cost is penny.