I’m a QC newbie and as such have some questions and some thoughts.

Before I say anything else I want to say that I’m really happy with the sound of the QC.

I have played Kemper, Helix even tried the FM3. But I personally have not been able to

get this kind of sound quality out of any of the other devices.

Which may of course have been user error. But to me at least the results speak for themselves.

I’ve been able to dial in a really great and flexible sound within the first hour of playing. And

from now on it can only get better. With the other devices I was never able to get to that point at all.

So I am glad, that my curiosity got the better of me. Because after the FM3 I was contemplating if I even wanted to use a modeller

at all. But now I’m there, and that is great.

Which makes the things I dislike about the QC even more frustrating. To be brutaly honest I REALLY wish that I would have gotten there

The QC without a doubt has some features that I absolutely love and I will get to that but overall I liked the FM3 better as a device.

Things like the ridiculous flexibility of the 3 Footswitches and the many settings for all the different parameters.

When I think about rugged live stage performance I would much rather put the FM3 at the front of the stage than the QC.

Which starts with the atrocious wall plug. I know I’m not the first to criticize it. But really I cannot begin to understand how such a

fine crafted and engineered product like the QC, that delivers in so many points, is lacking at such a crucial essential point.

fizzly thing I received with my QC.

That and the lack of a proper powerswitch are things I will never not dislike about the QC.

A lot of what I’m missing in the QC are things that can be “healed” over time and probably will be.

one hell of a FX unit but I can only access 1/4 of its possible blocks?

This forum also leaves a lot to be desired in terms of clearness and the arrangement of topics. I mean you might say that classic forums, like Line6s, Kempers, Fractals, Gearpage etc etc etc may look a bit outdated. But still they are easy to navigate. This here works kinda when there’s not a lot of topics. But given that the QC will only gain in popularity it will be impossible to find specific content. I can imagine that long time users would invest time into doing all sorts of guides for different topics. But why bother when that then gets burried in the depths of this forum?

Now I know this may sound really harsh and I would agree and it is kinda intended. Because as I said in the beginning, the QC is the first unit to deliver for me

at the most important aspect: SOUND.

What good are super flexible footswitches and 10 million effects if the core sound does not do it for me?

For these last few days I expected to get to a point where I would think “Ah there it is again, I still don’t like modelling”. But I’ve played so many hourse since I’ve gotten the QC and there’s no ear fatigue, no fizzly highs, no latency that I could feel and I honestly dig my headrush 108 now. A thing that I also didn’t think would happen. That combo is loud, clear, and overall amazing.

So now I’m starting to map out how I want to use the QC in my live setup.

Until now I’ve played a tube rig with a voodoo lab GCX and effect pedals in the loops. As I’ve said I don’t really want to put the QC in the trenches, so maybe I’ll combine the two things into one.

The QC is serious power house. It has the tone, for me it has all the effects I need. It is really easy to use (although I would agree with some reviewers that Helix still has an edge in that regard).

It really needs a FC6/FC12 kind of Footswitch to get out its full potential.

I’m also curious as to the possibility of integrating Neural DSP plugins.

Hi @Steeldom and welcome to the community! Thanks for your feedback as well!

I would refer to the QC monthly development news that will answer some of your questions on features to be added in 2.0:
https://neuraldsp.com/news

I would also recommend joining the NDSP Discord for more information such as accessories (e.g. MIDI controllers etc.) and general questions:

Discord - A New Way to Chat with Friends & Communities

Discord is the easiest way to communicate over voice, video, and text. Chat, hang out, and stay close with your friends and communities.

There is also a feature request on this forum which would be utilized for QC features you would like to see and that others can vote on for priority. Just please search prior (e.g. global EQ and HYBRID modes are already a feature request) and per the development updates, will be provided in the v2.0 update.

Lastly, take some time to read the current manual as it will explain EXP ports etc.:

Heya @Steeldom welcome! I’m a fairly new QC user as well (about a month) and agree with some of your points. The forum could use a bit more organization but it’s using a different forum system than other companies, for better or worse, who seem to be on legacy systems over 10 years or longer. They also have a much bigger user base and community built over many years compared to the much newer NDSP community. With that said, I think some forum tweaks would help. Continual feedback always helps in my opinion.

As for the FM3 features, also remember Fractal’s been out much much longer so they’ve ironed out a lot in their product. The QC still has some growing pains and will continue to improve over time, just like Fractal did. But I’m with you, it’s got it where it counts - the SOUND!

I look at the QC as an investment in the future and have faith the company’s development is moving in the right direction.

I think these are all valid points to some degree, and QC is certainly early in its lifecycle maturity. That being said, Neural DSP and Fractal are polar opposites in terms of approach and philosophy. Quad Cortex is all about getting amazing sounds easily. Fractal seems to be value 100% model accuracy and complete programmability over ease of use (FYI, I’ve owned 3 FM3s and an FM9). In many cases, those core philosophies don’t jive with Neural’s core philosophies. So yes, we hope to get some more foot switch programmability, but hopefully never something so extremely complex like Fractal’s footswitch layout system. And I doubt we’ll ever see the ability to customize power transformers and impedance curves.

I guess my point is, I do hope we get some improvements, but nothing that takes away from the core philosophy of the QC as being easy to use.

Just wanted to address your points concretely, since you reaised a lot of very specific points and questions

First, you should be happy to know that almost all your “pain points” will be addressed in the upcoming 2.0:

Good luck and welcome to the community!

I don’t believe Desktop Editor is part of 2.0.
There’s a new file management system on the QC itself, but the PC editor is still a ways off according to the dev updates

Desktop Editor is definitely not part of CoreOS 2.0

thank you all for your replies!
I’m really looking forward to 2.0 now

What I meant was essentially something like the Kemper Rig-Manager. An offline programm that can manage presets/ captures/setlists etc on PC/Mac.

Could you share the invite link? I would love to be part of this group.

You should be able to just click on that Discord link, create an account etc.
If not, try this link: 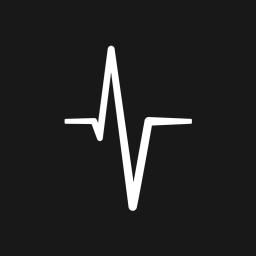 Check out the Neural DSP community on Discord - hang out with 7,004 other members and enjoy free voice and text chat.