I will receive my QC tomorrow ! Very excited about it !
I’m wondering what’s gonna be the best setup for my needs when I’m at home.

I’m currently using an headphone Beyerdynamics 770 when recording, mixing and playing guitar.
I’m not sure if it will be be ideal with the QC.

Keep in mind that I’m recording and mixing with my home studio, not only playing.

Some people advice to use a pair of studio monitor like Kali LP6, other to use an headphone because studio monitor is too dependant of the room acoustic, and finally some advice to go for FRFR like Headrush 112 or Laney LFR 212.

The FRFR seems great as a backup if the venue doesn’t have a decent PA System but I don’t think I can mix with it.
The Kali LP6 seems amazing for mixing but I’m not sure if the sound quality will be good when playing guitar with the QC.
Same problem with the DT770 where the sound doesn’t look great while playing through the QC.

What are your thoughts ?

Very happy to be part of the QC family

Hello @TheHaunted25, welcome to the forum.

There are plenty of threads here that address headphones and FRFR; try a search to find out what people are using.

I own both the Beyerdynamics DT 770 (80 Ohms) and a pair of Kali LP2 (2nd Gen , very important as they have way less background noise than the 1st Gen !)

When I had only my DT770 , I found the QC sounded pretty good, but once I got my Kali’s it sounded stellar !!!

Nowadays, I barely use my DT770, I prefer to use my LP6 , as the stereo image is way better ! On the LP6 there is a kind of ‘EQ settings’ that allows you to tweak the Basse and Treble response according to your room , and it does a good job.

Ahh thanks for the feedback Ben !!
I din’t find a lot review comparing the DT770 and the Kali LP6 that’s why I didn’t know if the upgrade was worth

Sound is very subjective so it’s really hard to give an answer here, but I currently use:

I have tested a lot of stuff and found this most pleasing to my ears.

For monitors, you should check out DS Audio on Youtube. 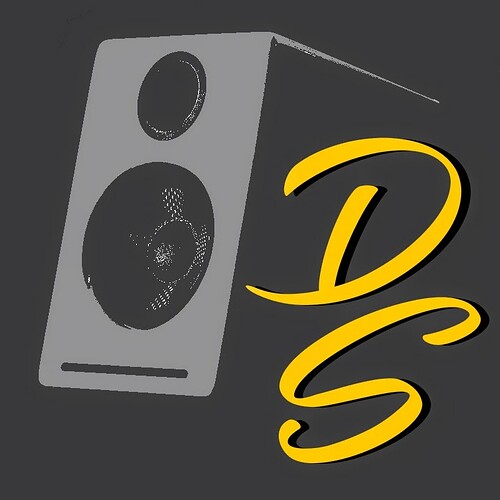 Share your videos with friends, family, and the world

In fact, before having my QC , I had a Focusrite 4i4 Audio Interface connected to my laptop and I used Guitar VST…

But since I got my QC , I rarely use my Focusite anymore because the QC is an audio interface !

My Windows 10 laptop is connected to the QC via the USB port, and I configured Windows to use the QC as the main Audio Interface, so when I play a Youtube Backing Track , the sound is sent to my QC , itself connected to my LP6… Simple and effective setup!

Since I wanted to be able to easily choose the input source of my LP6, I bought an ‘audio switch’ (Hosa SLW-333 – Thomann France) that allows my to choose one of my three source (Keyboard, Focusrite, Quad Cortex). The Hosa switch send to chosen source to my LP6 …

If you have other instruments and don’t want to plug/unplug the cables of the LP6, you could set your Audio Interface as the sole source of your LP6, and connect the Quad Cortex outputs to your Audio Interface Inputs , but it will incurs more Analog/Digital conversion and adds some latency …

I use Buscarino Chameleon Powered speaker cabinets. They are built for acoustic and electric guitars. FRFR with extremely high end components and portability.

I picked up a used Line 6 Powercab + 212 and was surprized at how much I liked it. Besides being FRFR, you can use the pair of Eminence speakers just like a normal speaker cab. It also does a pretty damn good job of modeling other speakers. Plus it is MIDI. I can use my QC with just an amp model and then use the speakers or speaker models in the PC. Or I can use IRs in the QC and then do the FRFR thing. With the MIDI, I can change my patch on the QC and it changes to whatever I want on the PC. I have not played live with it as I still use tube amps for live stuff but for the first time since all of the moeling stuff appeared, I think I could actually use the QC and PC live and feel pretty good about it.

I also use the DT770 Pro 80 Ohm for recording at my home studio. At the rehearsals I’ve used the QC with my trusty JVM410H into the power amp in and into my Marshall 4*12 1960 Vintage. The sound was outstanding using the captures of Rabea’s JVM. Now I use a Laney LFR-212 and IR’s from York Audio. What can I say… this combination sounds exactly the same. So - guitar only with JVM and 1960, QC with JVM and 1960 and QC with Laney LFR and IR sound exactly the same. And most importantly, the sound (which I monitored using my DT-770 in my home studio) is exactly the same compared to the Laney in the rehearsal room or any other speakers.

I’m using Headrush 108 with mine, just got it but liking it so far.

It’s a bit pricey but I love my RCF NX 12-SMA monitor. Equally the RCF NX 10-SMA sounds good and is about $500 cheaper. The RCF NX 12-SMA is not really an FRFR but is more like a high end PA cabinet. It’s what I personally wanted to be able to dial in a great sound that would transfer equally well with virtually any FOH. I use mine at home and on stage and take it to all my gigs.

As some already mentioned, sound is really subjective.
Maybe you have the opportunity to test multiple headphones and choose the one which you like the most.
For a suggestion: I use the Audio Technica ATH50x which is great for my purpose in my homestudio. I also use the Focal Alpha 65 as Monitors which sounds great with any source so far.

I’m used to play the Neural DSP Plugins and my Marshall SL2555 (loaded into a Captor X) and the QC since December through the mentioned hardware. There is clarity, tight bass, great sounding highs and mids. Really neutral sounding for sure, so its not for anyone.

It’s a strange one to recommend, since I’m not sure how available they are new, but it does sound excellent with the QC, I can’t imagine anything sounding much better.

I’ve been starting to think about selling it and getting a smaller desktop speaker, though… Just because it’s a lot more powerful than I need.

Wondering what the primary differences will be if using a floor monitor vs. a power cab? Sound wise that is.

From my personal experience the monitor (at least on mine) once dialed in will translate well to front of house if you are going direct from the QC to FOH. Many like a power cab or real cab on stage to have more of a true amp/cab feel and often mic the cab as well. It really just boils down to what you think sounds good and want. I have tried (and all these are great) the ATOMIC CLR NEO MK II, RedSound RS-MF10 and I use the RCF NX 12-SMA (I wanted a sleeker monitor type cabinet). It’s just a matter of personal choice. I would go try and just go with what sounds best to you and meets your needs.

Just do me a favor. I know you need headphones etc. but if you have a good amp put it thru the quad’s return fx and use a real guitar cabinet. And you will see what I mean when I say it sounds and feels great. If not and ur unable to there’s ten other ways to use it. Good luck and enjoy it.

I have a pair of Friedman ASM-10’ FRFR cabs. Love them. Feels pretty close to playing through an amp and cabs.

In my home studio, I run them stereo. And in parallel (via the other QC outs) go into my interface for recording. That gives you a nice visceral feel when playing.

On stage, I send stereo direct to FOH, and then also have 1 of ASM-10’s via a mono output to give me live sound/feel. I have independent control of the volume of that from what I’m sending to FOH.

I also own the DT-1770s but use those solely for mixing. Personally, I find playing guitar through headphones to be sterile and cold!

Yea I won’t wear headphones. Just don’t like them and I feel uncomfortable. Just my opinion of course but a regular guitar cabinet as I said sounds great. I will never use anything else. That’s just me.

The power Cab has so many more options than a floor monitor, although in FRFR mode you can use it that way.

I have a regular Power Cab 112. I used it as a monitor with my Pod Go at church before I got the QC. Now we have gone silent stage at church and I have the Power Cab at home… What do you think is the best way to use it for that playing through a real amp feel at home? Thanks so much. --Brian