And yes, I know that you have to have bought the plugin before you can use it in QC.
I am also aware that the SLO 100 is already available in the QC without a plugin, but I think that this will not be repeated.

I’m waiting for both the B7K and the Alpha Omega myself, but the existing captures are almost 100% to my liking and I can already capture the B7K myself with the plugin.

I fear you may be correct. This is just the kind of sales model that concerns me going forward. Effects that are included for free on other modelers but unavailable on the QC without a plugin purchase.

The Plugins are fine but they are not the pedal at 100%.

The B7K is a necessary pedal in QC. It’s not logical that the Fractal and Line 6 has it for free and Neural does not.

I assure you that implementing the pedals in the Quad Cortex will not correspond 100% to the real pedals.

I agree with you, plugins are not a solution like captures, they are cheap patches.

The B7K should be implemented long ago, I’m really disappointed with it.

Neural says nothing, many users would like to know if the B7K is going to be implemented soon.

it’s unlikely but is a possibility. Also captures are not “cheap patches” if you’re using them for the right things. While obviously not 100% accurate in every detail, they sound as close as any modeler gets to the real thing. The problem with darkglass and bass pedal captures is that they don’t work as well because they fail to resolve the blend effect. You can only really get close by parallel routing and doing a dry mix. They also may have multiband distortion (like X) that cannot be faithfully reproduced by the capture process

Captures are great for the right things like amps and guitar stuff and some bass gear, but I agree the QC does need a few of the pedals too, because it takes a full 3 rows just to emulate what the X7 does. I’m thinking the reason it’s so light on anything darkglass might be company conflict of interest. Even in his initial pre-release QA session when asked about darkglass models Doug seemed to steer away immediately and say that the “plugins” would be available but that he wasn’t sure about the models being added otherwise. A little bit of a shame as the QC should be the best bass platform out there but honestly probably isn’t. It is better than fractal for bass though, absolutely.

My main configuration is based on a B7K, I am totally disappointed with the purchase, I was not expecting this.

I’m not sure how this was unexpected? The full device list is on their website, including those that are due to be added in future. The B7K is not mentioned at all, therefore I would not be expecting it to suddenly appear in an update.

If a particular pedal is so crucial to your sound, then use that pedal? 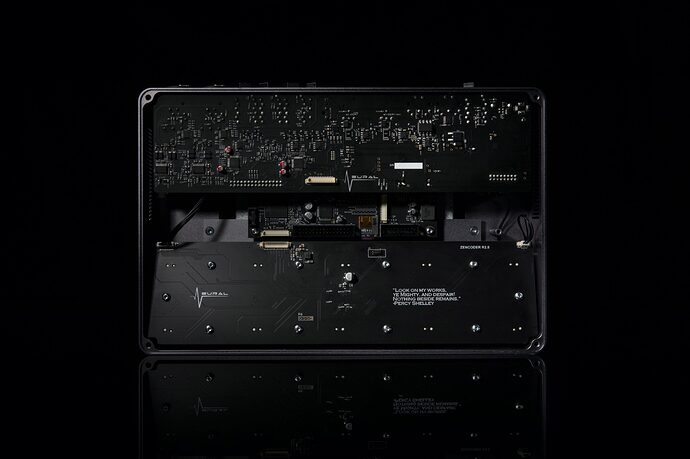