Describe your issue:
All presets sound muddy and oversaturated, like a power amp cranked all the way up. It includes clean presets. I have used mainly the QC with headphones and through a Fender champions 100, with the last one the sound is not that bad (without the cab’s response, just for clarification).

Steps to reproduce your issue:

I expected this to happen:
Recording with the QC or just play it through headphones and have a maybe not perfect but enjoyable tone.

I have tried the following things:

Thinking it could be the 1/4" to 3.5mm adapter or just my bad eq or configuration of presets:

In this test I’m using:

Make sure you are gain staging correctly. Swipe down to I/O page and ensure that your input levels are not clipping. Depending on what you are using to monitor with, you may need to adjust EQ, cab or IR to your liking. Do you get the same result with QC factory presets?

Hello, thanks gor your quickly response.

I get same results with factory presets, pretty sure input and output are not clipping.

Glad to help! I’m not familiar with those headphones but Bose typically adds artificial bass and not highly recommended as being ‘flat’ response. You might try alternative headphones and see if there is a difference. I would also recommend adjusting your impedance level, it defaults to 1M and tends to get a little darker the lower you go. I actually prefer 470k but YMMV. Otherwise I would experiment with adding EQ, hi /low cuts to achieve the tone you are looking for. It’s difficult to know what your tone sounds like so you might want to add a clip or an example and that might shine some light on your tone issues but I’m thinking the Bose may be your issue.

Thanks for the comments, I will try your recommendations and after I will come back to this post to share results.

So I messed around with impedance, in/out volume level, noise gates, eq and double checked the “not clipping” in both in and out from the QC, this time I was using the Shure SE215 connected to QC headphones jack getting the same results.

I recorded a DI and reamped with some presets, I think it will be enough to understand just a little better.

The QC volume knob was adjusted to 80 all the time and the connection was directly between QC and PC using reaper, no FX or EQ added in reaper. Impedance was set to 470k.

Thanks in advance for your response!

The d-cell model in the QC sounds like crap. I love that amp in the Helix and FM3 but the QC is not even close. I find most of the high gain amp are seriously lacking. Which is weird because love all the neural plugins. Go figure.

I have noticed that I don’t get a good quality sound with low impedance headphones.

Turn the big volume knob down to about 50% and see if you still get the distortion. If it goes away, I would suggest different headphones.

The tracks are recorded directly from the QC and the sound is still unpleasant, headphones do not interfere with the process. For monitor purposes I will take your recommendation.

To aid your process of finding the issue, it would be easier to use a source signal and processing that is less distorted. Using such a highly effected tone will hinder your ability to discern the root of the problem.

@GoodGuyNat: Just to have a comparison, I recorded the same preset with my Ibanez RG (standard tuning). Not sure if that helps. Preset is not my favorite and I don’t know how the Diezel is suppossed to sound, and I think it’s not that different from your sound.
But hear for yourself.
Factory preset

And here’s one with a neural capture from ValveIR, same amp, same channel. I like it better.
Neural capture (Valve IR)

can you post a sample from you with FM3 or Helix, i want to try to compare.

Thank you in advance
Nik

Thanks so much, with valveIR sounds better and yep is not that different. I mean, factory presets are not big deal, but with artist presets I was hoping to plug and go, will mess around with presets and buy some IRs.

I’m going to borrow monitors Presonus Eris 3.5, they aren’t the big deal but I think that they can give be a better response.

I will return with more results after more tests, thanks everyone for your response.

Actually, I never fully liked the stock (or even artist) presets. Was the same on my Helix.
I always ended up tweaking a lot and still I wasn’t happy.

On the QC, my tweaking nightmares finally ended, that’s why I like it so much. There are a few stock amp models that sound very good out of the box (maybe the Diezel is not one of them) and when I bought some good neural captures (for classic rock amps www.amalgamcaptures.com is incredibly good) I was in modeling heaven. Then it just felt like a good amp.

Something I never achieved on the Helix, no matter how much I tweaked.
I don’t own a Fractal device, but played an FM3 a little bit and I’m still much more convinced with the Quad Cortex.

One additional thing I wanted to mention, you indicated you are turning your main volume knob down and NDSP recommends to keep your volume at 100% for the best SNR as the volume knob actually works as an attenuator.

With eris 3.5 I had a better but “fake” response, eris 3.5 do add color but just a little bass, the problem were that the record track (through usb cable) just sounds good through eris 3.5, not over multimedia headphones or speakers.

With headphones audio technica ATH-M40x the sound was not that good, but is the true recorded sound.

I guess I’ll have to mess around a little more with the presets.

Those headphones aren’t flat sounding at all. They emphasize certain frequencies. Use this site to find your headphones and add a GEQ/PEQ last in your chain to compensate. 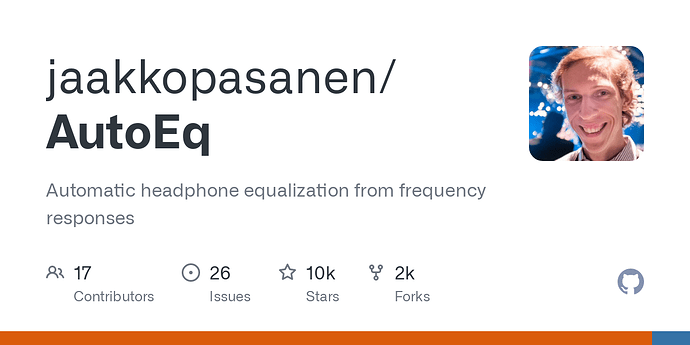 Somehow it now sounds better than what it sounds on the FM3. I love this device!

Could you share some track recorded with that capture and using just the QC (not aditional interface), I think that’s is not an issue of the QC, is more about the user (myself).