So I purchased a QC just a week ago from Sweetwater, I practice exclusively on headphones. I am getting crazy amounts of hum, to the point of it basically being unusable.
From what I’ve been reading, it looks to be a known issue if you don’t use another device and or a power supply that is grounded?
I have a Cioks Hi5 with two prong power cable, and the Neural power adapter. I have the hum with both, tried also plugging into my laptop as others have suggested, but no dice. I played it live on Sunday going FOH with XLR out, that seemed to tame the hum, but still had a bit of a noisy sound floor.

Also my sweetwater sales guy is stating that the editor is suppose to be out in the next 1-3 weeks, can anyone confirm that?

Editor is not part of CorOS 2.0.0. No one here knows when it will be released.

UPDATE: The switch I was referring to below is located in the I/O settings, which you can get to when you swipe from the top down on the screen. I am on Input 1 and it shows the Level, Impedance, Type, and then all the way to the right of the screen it shows “GROUND LIFT” which defaults to OFF. I am not sure, but maybe it could make a difference? Of course, I believe this would apply to any input but I am looking at the one I use to plug my guitar into.

I just got mine a week ago today. I ordered another power supply just so that I did not have to worry about having it with me from home or at our church. I do not understand a lot about grounding, but I am assuming they did not use a three prong because it is a hassle on many of the power strips? It does not make a lot of sense to me. I can’t remember where I seen it but there is an off/on switch where it makes a different kind of ground… for the life of me I can’t find it, but I know I seen it in the switches. Maybe someone knows what I am talking about with the switch.

ok cool, so spend more money on an already expensive device to make it actually work, got it.

@DiffractionCircuit So the sweetwater guy is just blowing smoke?

Here is the power supply I bought. It is still a two prong, but they say it is good with the unit… 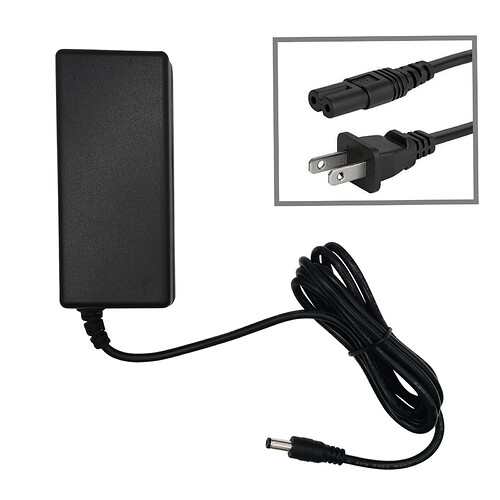 But does it actually solve the grounding issue seeing as it is still just two prong?

Here is that info on that power supply I posted earlier…So it says it features “Electrical Noise Reduction” but I could not tell you what that means to us at a user level. I hope you find some answers here.

I don’t know where your rep got that from. There was some general confusion in this forum about the desktop editor possibly being included in CorOS 2.0.0, but NDSP have since confirmed that it’s not in this update. There is no timeline on when it will be released; all we know is that it’s being worked on.

Here is a link to a video I just watched. He gets very technical. If you don’t want to watch it he has the link to the Sweetwater store where It can be ordered. 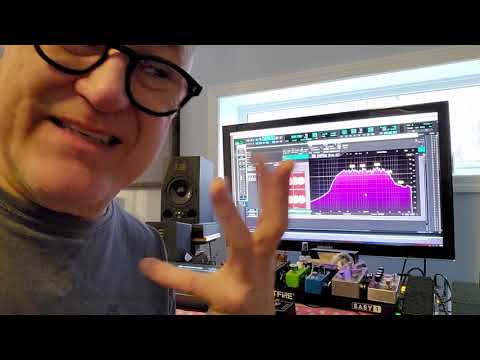 Regarding power supplies, two prong plugs are not grounded and will not solve grounding issues. You will need to use something that has the third prong to ground it or have your QC connected to something else in the chain that is grounded.

Regarding what you have heard from Sweetwater in regards to the editor, Neural has not released anything publicly about when it will come. Until you hear it directly from Neural, take it with a grain of salt.

I had a severe hum issue show up at a gig. Ultimately was a cable, but interestingly enough, it only happened on a passive guitar. Active circuitry guitar was FINE even with the bad cable. (Any guitar with a battery, the hum disappeared. Any guitar without a battery, hum was so bad we had to re-arrange the set list to avoid THAT GUITAR during the first set until I figured it out during break and removed the cable from the signal chain.)

maybe the battery can act as filter ? dunno but that’s my guess

Modern laptop psu’s are usually not earthed, so you need to find another way. I have to use, just for this purpose, an ancient laptop with a psu the size of a shoebox, and that does have an earth. The laptop and its psu are way bigger and heavier than the QC: the “most powerful modeller on the planet” has some pretty pathetic design flaws !

I returned mine, crazy the lengths someone would have to go to for it to work correctly.